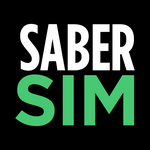 What is Smart Diversity?

Smart Diversity lets you get the level of diversification you’re looking for in your lineups. The reason it’s “smart” is because rather than using randomness for this, like traditional lineup builders, we’re able to use a player’s true range of outcomes.

How does it affect my lineups?

The higher you set Smart Diversity, the more possibilities your lineups will account for, giving you higher upside at the expense of average performance.

The lower your Smart Diversity, the smaller your player pool will and the more similar your lineups will look to what you’d get from a traditional lineup builder.

By simulating every game thousands of times, we’re able to accurately show how a player’s performance can vary on a given night AND we use that data to intelligently diversify your lineups.

Traditional lineup builders don’t have this data so they achieve diversity by randomly adjusting player projections, which isn’t very smart.

For GPPs, I’m never going below moderate and generally speaking, the smaller the slate, the higher I’ll go. This is because on a bigger slate, there is a larger player pool and more options to choose from, so your diversity will naturally be higher.

In cash, this should always be lower than you’d set it in GPPs, but I wouldn’t go all the way down because it’s still important to make sure you’re properly accounting for that true range of outcomes. Not only do averages mislead you about a player’s upside, but they also don’t accurately measure a player’s downside which is super important in cash.

When adjusting Smart Diversity, it’s important to consider your risk tolerance. How concentrated do you want your lineups to be?

Theoretically, the fewer lineups you’re entering in a contest, the less diverse they should be in order to maximize ROI. That being said, if I’m just entering 5 lineups, I don’t want them all to bust so I’m going to diversify them even if that may mean a slightly lower long-term ROI (which isn’t always the case)

For this setting especially, it’s easy to play around with it at different levels and see what setting most closely matches with your style of play.

When thinking about Smart Diversity, the biggest point I want to emphasize is that while it’s goal is similar to that of a traditional optimizer’s randomness setting, our implementation is fundamentally different, and frankly, better.

Unless it’s a huge, top-heavy GPP on a small slate, I’m probably not cranking this all the way up, but it isn’t like randomness where even going a little too high will give you crazy lineups that you’d never want to enter in any contest.

The other point to mention is that with a low Smart Diversity, you’re going to have a lineup pool filled with similar lineups, so if you want to make significant changes, it’s likely you’ll need to expand your lineup pool to do that. This doesn’t take much time to do, but it’s still something to keep in mind.